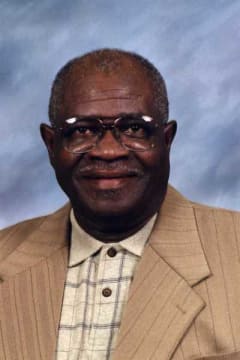 Wells Funeral Home is inviting you to Celebrate the Life of
Alonzo C. Gaut

Alonzo Calvin Gaut was born to Joel and Ruth Ella Gaut on February 20, 1936 in Marshall Texas. He gained his wings on February 11, 2021.
He graduated from Pendleton High School in Marshall, TX. He served his country in the US Army following high school. He moved to Wichita Falls, TX in 1966. He was employed at Wichita Falls Employment Office (Job Corp), Gates Rubber Company and later at Washex Machinery for thirty-eight years until his retirement in 2007.

He was an active member of Antioch Baptist Church. He was active in Sunday School and served as President of Male Chorus, Vice President of Usher Board, President of Brotherhood and on the Trustee Committee.
He met and married Clara Fisher on March 2, 1979 in Wichita Falls, Texas. They celebrated forty-one years of love together. Often times you would find him giving her a hard time for laughs which they both enjoyed. Alonzo affectionately called his loving wife, “Shorty.”

He was a football fan and a die-hard Cowboys fan. He loved to drive his “Red Pick UP Truck” on the Eastside Community. You could find him many times barbequing for special occasions at the church as his famous Baby Back Ribs were always a hit and would fall off the bone.
He was a loving husband, father, grandfather, great grandfather, cousin and friend who loved his grandchildren dearly. His grandchildren called him “PaPa” which brought a Big Smile to his face each time he heard that name. 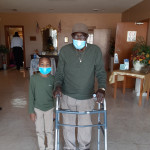 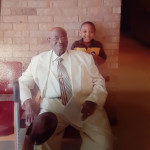 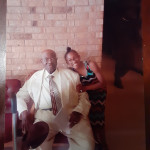 I knew you as a friend to my father, you and Clara would come by and visit with Dad especially as his health decline. After Dad's passing you told me you were here to look after your friends family. Always checking up on us. You loved my granddaughter's giving them hug's and yes they also loved making a couple of dollars from you. But they counted you as apart of the family. You were a true friend to my husband giving him your humorous marriage advise. We Love You and will miss you dearly. Love Rickey and Gloria Hickmon
- Gloria hickmon
To know you was to know laughter. You kept us laughing before and after church services. You had a way with people, always making us laugh and look at you side eyed with your silly jokes and comments. I really love how you took to the kids of the church. You could always be found handing out crisp dollar bills for grabbing your hat off the rack, for doing good in school, being your friend, or any other reason you could come up with. 😊 Countless times my children came running to me saying "Bro. Gaut just gave me some money!" I would try to silence them so they whole world wouldn't hear them. 😉 My son especially took to you. He called you his buddy and loved coming by your house to knock on the window and wave at you. When he heard of your passing, he cried and said you were one tough cookie. And I couldn't agree more. Church has not been the same without you. Having a friendship with you and Sis. Gaut has been like having a set of grandparents I've never known. Anyway, we love and miss you much! ❤❤❤
- Toya