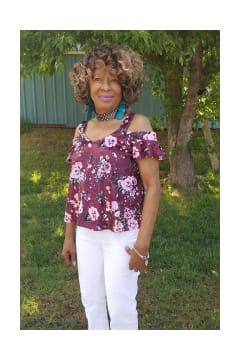 Viewing prior to service

Barbara Jean Osborne DeLuciaborn to the late Alice M. Walton and Edalgo Harris on October 17, 1948 in Wichita Falls Texas. She was the first of five children.

Barbara gave her life to Christ at an early age under the pastorage of Elder Andrew Jackson. Later she joined St. John Baptist Church under the leadership of Pastor Billy R. Delaney. She had a deep love for God and His Word.

Her career led her to various areas of employment; however, she enjoyed cooking for others and giving selflessly to anyone in need.

Please share a condolence, photo or memory of Barbara. We welcome all condolences that are positive and uplifting that will help family and friends heal.