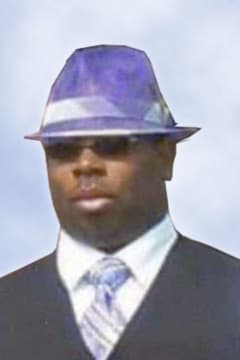 Born at Ft. Bragg, Womack Army Hospital in N.C. 5lbs 7oz. He was the eldest child.

Isaiah 25:8 He will swallow up* death forever,
And the Sovereign Lord Jehovah will wipe away the tears
from all faces. NWT

When I was pregnant, Edward and Bettye didn’t want to know if it was a boy or girl. Bettye really wanted a girl. The moment came and they said push. The doctor said it’s a boy. Bettye said I pushed for a boy. We already picked his first name out of a baby book. It was Dante. His middle name we gave him legally because Edward his father called himself Lareece. Dante became the first of eece’s ( Dante Lareece, Shanikia Latreece, Bianca Janece Shaquita Shawneece and Alonso Jackeece.

When Dante and Bianca were little not even head start age, he showed that he was going to be a great Big Brother. Dante and Bianca were speech delayed while in school. I was in North Carolina and only with Dante. I was robbed and almost taken in a car. Dante and I never spoke about it because of his speech was delayed. All those years and not until he started school did he speak but we never spoke on that day happening. He did Algebra before he even started school. He basically made air hockey by using two aluminum soda cups as thehandles and something as the ball. He was having so much trouble in elementary school. I was at the school almost every day. One day he asked what’s the date and I said it’s on the board. He said I can’t see it. I took him to the eye doctor and Dante had needed glasses. I didn’t have any more trouble from him at school.

Dante understood Bianca very well even though their speech was delayed. One day I did not understand Bianca but Dante conveyed what she wanted to me. . I thought she wanted something to drink but he came in and said she wanted a cookie. So I gave her a cookie and off she went. I was glad I pushed for her a Big Brother. He grew up to be a GREAT MAN. He didn’t have any kids although he did love other people kids. He has a God Daughter.

Dante has left me with lots of memories. Every day until the resurrection, I shall miss him. Then these tears of sadness because he is asleep will turn into tears of JOY to see him again. I will always miss my first born.

Dante attended Kate Burgess Elementary and also Cunningham Elementary. He later attended Kirby Jr. High for Middle School and Hirschi High School where he graduated in 2007. He played Boys and Girls Club Football and his father, Edward was his coach. He played defensive end for Hirschi and was on the power lifting team. He won several scholarships in Robotics’. He bowled professionally as far as Nevada. He won two rings for bowling.

Dante participated in Summer Youth Track. He was employed at Texhoma Christian Care as a cook, Allred Prison in Iowa Park, and later at Sealed Air in Iowa Park. He would usually work the night shift. Dante was an avid gamer. Dante has many family members and friends that will deeply miss him. A shout out to his homeboys….you know who you are.