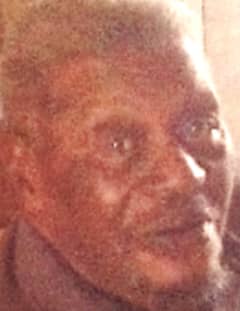 Fermon Lee Ayers, was born July 22, 1929 to Ed E. and Rosie L. (Williams) Ayers in Wichita Falls, Texas. He departed this life on December 27, 2019. Fermon, grew up in a Godly family, church was a major part of his life. He attended Booker T. Washington Elementary School in Burkburnett, Texas in the 1930’s. He later attended Booker T. Washing-ton High School in Wichita Falls, Texas where he graduated in 1947 and went on from there to attend Texas Southern University in Houston, Texas. After a year an a half of college, he enlisted into the Armed forces the United States Army from 01/51 to 01/53.
After service, he returned to Burkburnett, secured work and in 1955 married the love of his life, Flora Jewel Harris, at her age 14, with the consent of her parents. Life was good and he and his wife later moved to Wichita Falls, Texas where they started there family.
Fermon and his wife both were hard working people doing what was necessary to take care of a family. After the birth of their fourth child, shortly thereafter, they move to Denver Colorado, where they finished raising their children. He retired from work in 1989 and he and his wife move back to Wichita Falls, Texas in 1998. His wife later passed in June of 2000. He never remarried and has lived a fruitful Godly life up until his time came.

Please share a condolence, photo or memory of Fermon. We welcome all condolences that are positive and uplifting that will help family and friends heal.