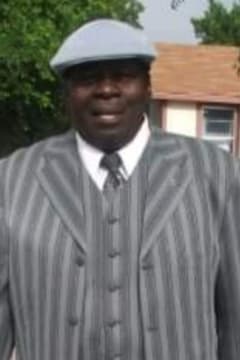 Wells Funeral Home is inviting you to a live stream of the Celebration of Gomaze N. Beatty

Gomaze Nathaniel Beatty Jr. began his legendary journey into each of our lives on March 16, 1947. He was born in the beautiful and scenic area of Vandalia, Texas, near Clarksville in Red River County, as the youngest son to Gomaze Beatty and Mary Dotson Beatty Black. During his pre-teen years, he learned to appreciate hard work. As a very young child, he supported his younger siblings, mother and stepfather by farming, tending to livestock and harvesting the land. He learned what it meant to sacrifice for his family. He later moved to Wichita Falls, Texas as a teenager. At the age of 15,he began to support himself and create pathways for his future as a construction engineer. He enjoyed mechanical engineering, fishing, hunting, watching westerns and cartoons with his children, sports, listening to classic rhythm and blues and cruising around town in a smooth car, especially his Sunburst Orange GTO. He attended Slate Rock Church in his youth, and later in life, he chose to attend Bedside Baptist.

Gomaze Beatty Jr. worked at Falls Bowl when he moved to Wichita Falls, Texas and later worked at Spudder Lanes. He enjoyed being an excellent bowler. He served as a coach for the Vikings and supported young Black men as a mentor during his time as a coach. He continued working in Wichita Falls as a construction engineer for many years, building and enhancing structures that have been utilized for decades including Alamo Elementary School, Bethania Hospital, Sikes Center Mall, Kirby Junior High School, Sheppard Airforce Base, First National Bank and many more.

He then went to work for Wichita County in Precinct 3 as a heavy equipment operator, supporting road construction and the beautification of Wichita County. He received his CDL license while working for Wichita County and received an award for 15 years of service in 2004. After retirement from Wichita County, Mr. Beatty decided to do what gave him the most joy, landscaping. Thus beginning the most joyous phase of his lifelong career, finally creating his own business. He supported the Wichita Falls Head Start facility with landscaping as well as many larger farm acreages and small homesteads for retired and aging individuals. Oftentimes, he would volunteer his services to these organizations as he enjoyed his work so much and valued helping others.

On Tuesday, August 2, 2022, his earthly journey with us ended and he was called home by angels and ancestors who summoned him to join them in everlasting joy and heavenly peace. He is now reunited with his parents, Gomaze Beatty and Mary Dotson Beatty Black; his grandparents, William Beatty, Amanda Bagdy Beatty, Johanna Nelson Dotson and Josh Dotson; his siblings, Allison Owens, Roosevelt Beatty, James Beatty, Sammie Beatty, Joe Beatty, Katherine Beatty, Robert Beatty, Bobby Black and Mary Beatty Lewis.