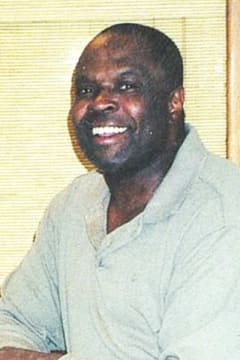 Wells Funeral Home is inviting you to Celebrate the Life of

He graduated from Rider High School May, 1973. Herman went on
to pursue a Business Administration degree at Cisco Jr. College and
later completed his education at Midwestern State University in
2005.

He worked for PPG Industries from 1975 - 2003 as a Glass Processor.
After retiring, he obtained his CDL license and drove trucks around
the United States.

Herman was baptized as a child and was a member of St. John
Baptist Church in Wichita Falls, TX. Later in life, he rededicated his
life to Christ, continuing on his spiritual journey. His smile, giving
heart and sense of humor made him an asset to those who crossed
his path. The community may know Dell best from his role as a
coach and referee for youth teams. He was also a fixture at the local
YMCA's and softball complexes in Wichita Falls. In his spare time
Herman enjoyed playing his guitars, writing and listening to music.

Herman was preceded in death by his father, Herman L. Johnson
and sister Sandra Hendricks.