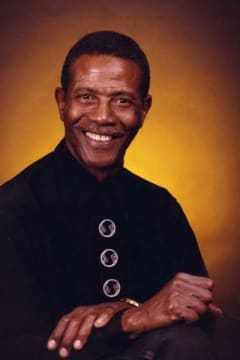 On September 18, 1943, a cry of a soon to be king was heard as the doctors delivered a healthy baby boy to Charles and Roberta Heliton in Edinburg, Texas. While growing up, James attended public school in Edinburg where he graduated in 1961. James was an incredible and well known athlete where he excelled in basketball and baseball. According to several of his teammates, he was of Major League caliber. He was a part of the 1958 Edinburg Pony League All-Star team that was rated as one of the sixteen best teams in; Mexico, Canada, Hawaii, and the continental U.S.A. Upon hearing of his death, his teammates bragged about James (T-Bone) giving the first loss to the only pitcher to ever record a perfect game in the Little League World Series of 1957. Making this victory much sweeter, James pitched five innings, hit two home runs, and produced three RBI’s of that same game. This game still holds the record in the Little League World Series to this present day. In 1966, James was drafted by the United States Air Force where he served as an aircraft mechanic. Mr. Heliton married a lovely lady by the name of Rita in June of 1967 and continued serving as he fought in the Vietnam War. Three years later, the couple welcomed a healthy baby boy James Theodore Heliton, Jr., his namesake. Throughout his service to the United States Air Force, he earned multiple awards and military honors, decorations, medals, commendations, citations and campaign ribbons (VSM w/4 BSS, RVCM, AFOUA SOG-428, AFCM SOG-779, HQ 13th AF, AFLSA 17Jan70, AFCGM 17 Jan 66 - 16 Jan 69). His service took him all over the world including such countries as Germany, Spain, and Vietnam. He settled down in Wichita Falls, Texas where he retired after serving 23 years. After retirement, James became a civil service worker for Lockheed as an aircraft mechanic. It was during this time that he married his current, loving wife, Johnnye on July of 1991. His favorite fur buddy, Max was always by his side.

James Sr. accepted Christ as his Lord and Savior at an early age where he was a faithful member of Lily of the Valley Baptist Church. He joined Shiloh Baptist Church with his last membership being with Pilgrim Baptist Church in Wichita Falls, TX under the leadership of the late Rev. Everett. On Monday, August 31, 2020, James heard the words “Well done, good and faithful servant” and entered one of the twelve gates of Heaven. He walked the streets of gold to his eternal mansion where he was greeted by those who preceded him in death; Charlie Coleman Heliton and Roberta Hines-Heliton (parents), brothers; Ollie Lee Heliton, Charles Heliton, R.C. Heliton, Roland Heliton, Nathaniel Heliton, and Thomas Heliton, and sisters; Bertha Fowler-Heliton, Katherine Bryant, and Pearlie Heliton. 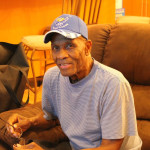 James want to say I am so sorry for your lost. Praying for you and your family. Love you.
- Gayle Dunn
It is with a heavy heart that I say see you later. You served your purpose on earth and I am eternally grateful for 49 years of you being my Pops. When we received the diagnosis, I prayed to God for your healing. You took your treatments and continued to stay positive the whole while. Steal teaching me how to be a strong man. On Thursday August 20, 2020 was the last conversation I had with you. You told me that you was feeling great and felt like you was getting stronger. You said you was about to rest because you had been out working in the yard. Well we didn't realize that your actual rest was coming. As I watched you during your last days, I could see everyday that you were fighting. But God had other plans for you. He whispered in your ear on Monday August 31, 2020 to come on home. I know that you are healed, living and seeing family. But most of all you had the opportunity to sit at the welcoming table and have a little talk with Jesus. You got to tell him all about it. I know that you always worried about me and would tell me to be safe and take care of myself. Well, don't worry about me. I am trusting God to see me through. May you rest in peace. I love you Pops, Your Son, James T. Heliton, Jr.
- James Heliton Jr
James I am so very sorry for your loss. Prayers for peace and comfort.
- Becky Wyatt
Dear Uncle Hilt will miss your smile. Pray there is no more pain. Know that you were loved and thank you for your service. Rest In Peace.
- Carla Smith