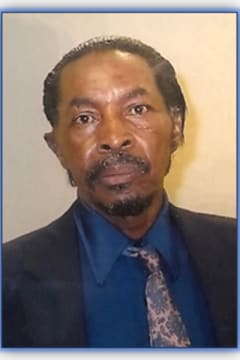 Jesse Lee Dews, 71, of Wichita Falls, Texas, passed away on Jun 6, 2020. Jesse was born on February 27, 1949 in Arp, Texas. He was the third child of six children born to Travis Dews, Sr., and Lucy Nora Peterson Dews.
Jesse spent the majority of his life in Wichita Falls, Texas and was a graduate of Booker T. Washington High School in Wichita Falls, Texas in 1967. After graduation, he enlisted in the U.S. Air Force where he honorably served his country until March 5, 1976. After being discharged from the service he held a number of positions, i.e., supervisor at Howmet Corporation and an Aircraft Mechanic at Northrop on Sheppard Air Force Base for many years. Jesse was a true outdoorsman who loved to fish, hunt, and garden and spend time with his family and friends.
Jesse was a longtime member of the Church of the Living God the Pillar and Ground of the Truth. He joined under the leadership of Elder Wilson and later rededicated his life to God under the leadership of Overseer Leonard C. Jones, Jr., where he served until his death.
Jesse was preceded in death by his parents Travis Dews, Sr., and Lucy Nora Peterson Dews, his twin sisters Ola Mae Jenkins and Ola Fae Stephens of Wichita Falls, Texas.
His memory will be cherished by his brother Dr. Travis Dews, Jr., Wichita Falls, Texas, and two sisters Mrs. Mary L. Bobo (Scottie) of Wichita Falls, Texas, and Mrs. Maxine Brown (Wiley C) of Fort Washington, Maryland, three aunts Mrs. Luevaine McCloud of Houston Texas, Mrs. Freddis Bledsoe of Denver, Colorado, Mrs. Opal Dews of Aurora, Colorado, a host of nephews, nieces, and other loving family members and friends.
A Private Funeral Service (immediate family) will be held at the Church of the Living God the Pillar and Ground of the Truth with interment following at Dick Sparks Cemetery in Electra,Texas.