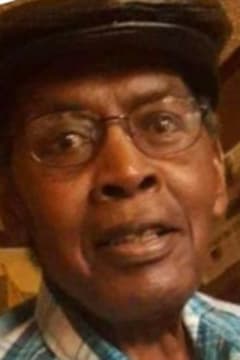 Melvin Lewis Pope was born to the parentage of George and Silvia Pope on April 4, 1933 in Calvert, Texas. He attended Providence Elementary School and Calvert Colored High School. He united with the New Magnolia Baptist Church at an early age.

Melvin and Nerlene Rogers were united in Holy Matrimony and to this union four children were born, Melvin Pope Jr., Shirley, Brenda and Wanda. They relocated to Wichita Falls, Texas. Melvin was employed by Ponds Laundry, Menasco Lumber, City of Wichita Falls and MB Cerald. He owned and operated J.J’s Happy Hours for many years. He was an avid animal lover. He trained greyhound dogs and owned several different animals. He loved his family dearly and they loved him. His nieces and nephews know him as Uncle G. His awesome sense of humor and million-dollar smile resonated brightly to many friends and family.

Prayers to this family! Strength cover each of you in this time.
- Zelvin Holmes