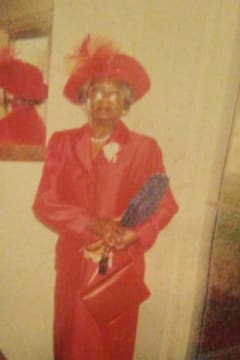 Odessa Brigham , born Sept. 6, 1937 in Mansfield, La. Departed August 9, 2020. She is the daughter of Isaac McCraw and Edna McGee. She served as a domestic worker for 30 yrs. Odessa accepted Christ as her Lord and savior in 1952 at the age of 15. She immediately began to serve as the secretary of Summer Hill Baptist Church in Evelyn, LA. Later, after moving to Wichita Falls, TX Odessa attended several churches over the years before becoming a member of Bethlehem Missionary Baptist Church
under the leadership of Dr. J.C. White. Odessa loved the Lord and she loved serving in the church. She was an
Usher, Benevolence Officer, Treasurer of Single Ministry, President of the Women’s Mission, and she also served in the Kitchen Ministry. Many who knew her, knew Odessa loved to cook. Many ate from her table. She was known for her soul food cooking; especially, her peach cobbler. She was also known for speaking her mind for which she often solicited prayers for God to tame her tongue. Last, but not least, Odessa was known for loving her family, especially, her children.