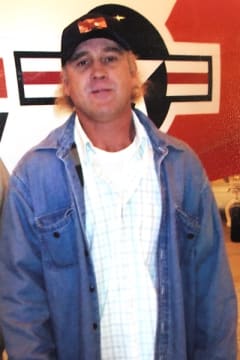 A Memorial Service will be held at a later date.

In lieu of flowers, charitable donations may be made to Perfected Praise Youth Ministries at
https://cash.app/$PPYMInc

Terrance Clare Long was born on September 26, 1958 in Huntingdon County Pennsylvania to Albert and Faye Teeters Long. After serving in the Marine Corps, Terry was a self-employed mechanic and carpenter. He was an avid model train and car enthusiast who enjoyed trips with his true road dog, Buddy. Terry was married to Mandelyn Dixon for 29 years before his death on Monday June 15, 2020. He is also survived by their son, Christopher Dixon (Keleen) and grandson, Luca. Other family includes daughter, Michelle Lee (Richard); grandchildren John Lee, Alanna Lee Weaver (Garrett), Sharada Lee; great grandson, Grayson Weaver. Terry also leaves behind an extended group of friends & family including the Teeters, Tenerellis, and Longs.

A private memorial will be held at a later date.

In lieu of In flowers, charitable donations may be made to
Perfected Praise Youth Ministries at
https://cash.app/$PPYMInc

Please share a condolence, photo or memory of Terrance. We welcome all condolences that are positive and uplifting that will help family and friends heal.