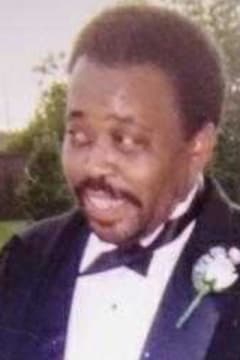 Obituary For Virgil B Taylor, Jr.

Virgil was an extremely talented artist and vocalist.
He was professionally self-employed as an owner/operator using his signature name as Virgil B. "King" Taylor.

Virgil resided in New Jersey for many years, enjoying fresh seafood and imported beers, while living his best life.
He helped create and design one of the first Chester Cheeto cat images, and did creative artwork at the first African American Heritage Museum in New Jersey. Virgil was widely known for his intricate and original murals he painted on hundreds of automobiles and 18 wheeler cabs around the east coast as well.

Virgil also create several art pieces for Redd Foxx and other celebs while living in California.
Throughout Wichita Falls and Texas, Virgil was widely known for his artwork. Some of his more notable works include painting McGruff for the local police department, painting the bi-centennial bus for the Chamber of Commerce, and citywide murals for the Alliance for the Arts.
Virgil was a staple at the local race track, detailing cars, advertisements and posters. He could also be found at many outdoor markets drawing caricatures, sketching charcoal prints, and doing silk screening. His signature artwork and murals can also be seen inside and outside many local businesses.

Virgil loved music and singing. He participated in and won several karaoke contest, and was a member of the Bethlehem Baptist Church choir that recorded and produced an album.

Virgil remained self-employed until his death. He loved to cook and was good at it.

He was preceded in death by his parents; and grandparents, Norris and Maude Mathis, Robbie Woods and Alvin Woods Sr. 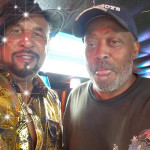 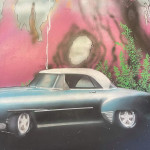 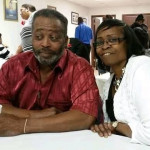 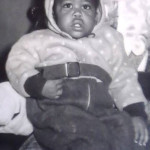 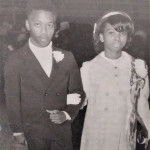 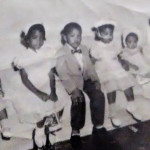 It is with deep regret that I learned of Virgils passing. I send my condolences to the Taylor family. I always thought of Virgil as a brother and just part of the family growing up. I can't even begin to count the number of times we Browns went to bed leaving Virgil sitting in the den watching TV 😊 by himself. I can only hope the Lord has prepared him a place in artist heaven. May the Lord be with his sisters and extended family during this trying time. With much Love. Linda Brown
- Linda Brown
To my Dear Cousins the Taylor family in Wichita, Falls: It is with our deepest condolence and heartfelt sympathy that we the Curry family in Oklahoma grieve with you at this time. We commend you to the power of God's grace, and pray for your beautiful family. We send our love, joy and peace in the name our Lord Jesus Christ. God Bless and forever keep you in his care. Evangelist B. Curry
- Bob Curry