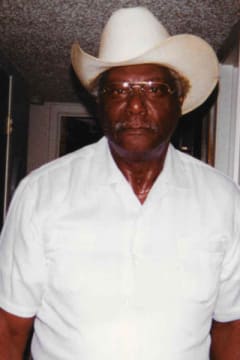 Willie Charles Minor (eldest of five children) was born to Mr. George Minor and Willie Mae Hodges in Kosse, TX. He attended high school in Waxahachie and worked as a welder for Wichita Falls Foundry. Mr. Minor helped to build the Nelson Masonic Lodge in the Kemp Addition and then became a member. He was self-employed for a few years before full retirement to care for his ailing wife, Beatrice Minor.

Willie had a gentle quiescent nature, humble, strong and very independent. As an amputee he navigated the world around him with ease … most unaware of his amputation.

He loved family while he had no biological children he was proud of his two stepchildren, Gretchel Johnson (aka Sistah) and George Brown (aka Sonny) and step-grandchildren. Nurses shared stories of his proud references to his grands. It was clear however he was overjoyed to “adopt” a close family friend as his son,
Herman Ray Long (aka Jab).

Please share a condolence, photo or memory of Willie. We welcome all condolences that are positive and uplifting that will help family and friends heal.