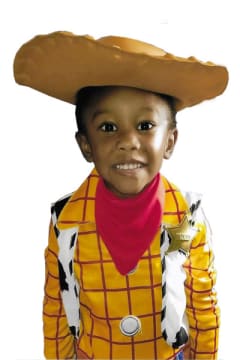 Zian Wallace was born on October 16, 2015 in Hattisburg, MS Zian and his family moved to Wichita Falls, TX at the age of 6 months.

Zian was loved by many. He loved his brother and sister and looked out for them.

Zian was brought to church at an early age where he began in the nursery with the late Alva Lois McGowan. As he got older, he attended Sunday School, Vacation Bible School and as a nursery helper looking out for the younger children.

Zian attended Farris Early Childhood Center where he was a favorite student among his teachers and classmates. He was recently promoted to Pre-K.

Please share a condolence, photo or memory of Zian. We welcome all condolences that are positive and uplifting that will help family and friends heal.